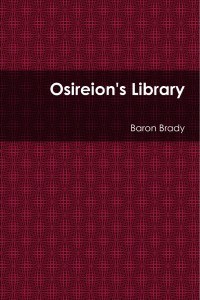 I never intended to stay for very long; not that I had the slightest idea how long I should stay. But I was advised not to stay long because the longer I stayed the harder it would be to leave; or so I was told.

Not that I believe what I’m told. Sometimes I do and sometimes I have my doubts. But I had no doubts this time. I was confident that I’d been given something which I’d grown accustomed to doing without: sound advice. I didn’t know for certain, of course. But if I knew anything for certain it was what a risky proposition it was to make myself at home where I wasn’t at home. You grow comfortable but it’s only an illusion of comfort because the reality is no one wants a stranger in his home; not for very long anyway. And I was always a stranger when I started a job. A stranger when I begun and no less of a stranger when I left, which invariably took several months at the outset and as little as a day where I found myself least welcome.

Truth be told (since I’ve never had the nerve to risk getting caught in a lie), I’m a lawyer; not that I ever felt like one. But it’s what I was, which wasn’t something I wanted to be. I would rather have been something else. But you have to be something these days because if you’re not something you’re nothing; and despite feeling like nothing much of the time, I never wanted to be nothing. It’s never an ambition, just the unfortunate consequence of a life lived without purpose.

Though, to be fair, my life had purpose, just not the right purpose. I wasn’t sure I deserved what I really wanted so I settled for less and when asked if I wanted to be an attorney, I agreed; disingenuous, of course, but I agreed with a smile. No one knew I was lying, least of all myself; because if I’d known, I would have told the truth: that I had no interest in being an attorney and that my ambitions lay elsewhere.

Aldo Weiss, a disaffected contract attorney with literary aspirations, accepts a mind-numbing job as a document reviewer only to suspect that not only might he be reliving a memory which should have been forgotten but that it he isn’t even the lawyer he held himself out to be but, rather, a writer by the name of Adam. Aldo’s inability to remember anything that occurred before entering the premises of Stepton, Stock and Wahldup reinforces the fear that nothing is as it should be, and that having pursued the future under false pretences may have earned him the wrong name and the wrong future.

However, his true future as a writer is in jeopardy unless he can make something of his literary aspirations by finally committing words to paper. As his writing takes shape, however, his future is no less secure as a two week assignment shapes up to be an indefinite succession of unremarkable days working for a man impressed with work product Aldo doesn’t even remember completing; a man Aldo, like everyone else, has begun to resemble.

Stumbling upon clues leading to the location of a door behind a bookcase, Aldo finds the first of eight books by Adam Cadmus, the name of the protagonist in his first story.Clues continue to direct his attention to the door, behind which is a staircase. His false life as a reluctant attorney diverts him from his purpose, but not long enough to keep him from finding the other books he believes he will one day write under the name Adam Cadmus. It’s when his future can go either way that he finishes his story and remembers he has yet to decide whether to take the stairs behind the door.