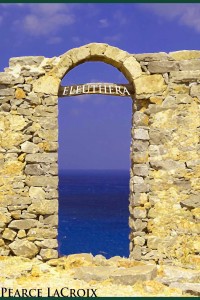 When Anton Moon returns home after many years to attend his mother’s funeral, his life resembles a waking dream, troubling lapses of logic accompanying wholesale memory loss. When he wakes up to find his dead parents still alive, he assumes he’d lost his mind. He trusts no one, especially not the stranger who resembles a dead girl he once loved and who tells him that he’s experiencing other versions of himself in other timelines. The stranger, who answers to the name Harlo, promises that everything will make sense once he remembers his past, including her; however, remembering the past isn’t easy when there’s no telling what’s real and what’s fiction.

Memories of the past compound the challenge of navigating alternate timelines, but Anton’s greatest threat are the Watchers who infect his dreams and steal his memories until there’s nothing left to call his own. By visiting the future, Anton can keep his memories safe, but the future also reveals that his original timeline might have been cut short by an untimely death. When another woman from his past advises him to remember what he loves, he finds surprising connections to people he has yet to meet and to people dead for many years. And it’s these very connections that offer hope that the mistakes from his old life might be corrected in another.

Beyond the illusions that mislead us, known as Mephisto, lays the possibility of understanding the very nature of reality itself, that can only be understood in our forgotten dreams.