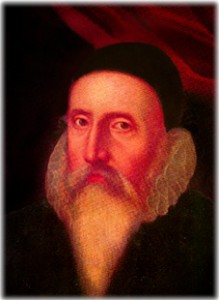 Gabriel Novak awakes from a harrowing dream to find himself seated in an office, unable to account for where or who he is. Seated across from him is another man, claiming to be his client, but no sooner does the man express concern for him than he vanishes like a dream, replaced once again by a vision of a prison and of a vertiginous plunge from a prison window to a moat scores of feet below. Gabriel once again awakes to find himself alone, but it’s a struggle to stay awake. A woman, alleging to be in his employ, appears, expressing concern that he hasn’t been himself lately before leaving him alone. Yet again, Gabriel succumbs to sleep and to the nightmare of being in a filthy prison and of escaping only to almost certain death. But is he a man in sixteenth-century tower dreaming of the future or a man in a twenty-first century office dreaming of the past?

Gabriel awakes, his identity still a muddle, only to discover a man by the name of Julius, seated across from him. Julius seems to understand how fatigued he feels but fails to explain why Gabriel should feel that way, offering, by way of an explanation, a spherical crystal which he promises may prove useful to him. And as if the crystal were a key to another place and time, Gabriel finds himself once again in a castle prison, receiving the same crystal from a woman in sixteenth-century garb.

Gabriel awakes again to find himself alone, with the crystal in hand. He examines his surroundings to discover he’s occupying the office of a psychiatrist by the name of Gabriel Novak. Is that who he is, or is he only dreaming he’s someone else? One minute he’s a man in an empty office and another, a man threatened by the occultist holy Roman emperor Rudolf for being a charlatan. Existence becomes a jumble of images: of running down a city street in sixteenth-century Prague, of pining for a woman who scorns all contact with him, and of finding himself locked in a castle jail, abject and desperate for freedom.

Once again in the psychiatrist’s office, Gabriel realizes he’s not alone and that a psychiatrist from Princeton – her name Dara Heller – has arrived, claiming to have arranged an interview with him. Desperate to be left alone and to return to sleep, Gabriel wants nothing to do with her; but she insists on speaking to him, insisting that he contacted her and had been most anxious to reveal some dark metaphysical secret to her. But what that secret is, he couldn’t possibly fathom.

Though he doesn’t recall having met Dara before, he finds himself increasingly drawn to her, as if perhaps he did have something to tell her; but what?. With the arrival of a woman claiming to be his wife, Gabriel begs her to help him hide until he can remember who he really is. Surprised by Gabriel’s peculiar behavior and curious to know Gabriel’s secret, Dara offers to help him escape though the office window and to her car parked on the street below.

What follows is a journey beyond the boundaries of space and time, into a past life which may very well be the only life he has ever lived, the life of Dr. Gabriel Novak no more tangible than a dream of things to come. Every moment asleep draws him more inextricably into a life lived four hundred years ago, that of Edward Kelly: to some a mystic who, through the assistance of crystals, communicated with angels, and to others a misguided but brilliant fraud who lied about his miraculous powers to obtain the love of Jane Dee, faithful wife of fellow occultist Dr. John Dee.

But shameful fraud or sorcerer privy to the secrets of time and space, Edward Kelley has not been forgotten, and, according to another psychiatrist by the name of Tomas, may very well be alive in the body of Gabriel Novak; the love of Edward Kelley’s life alive and well in the body of Dara Heller. And with the reappearance of Julius, it becomes clear that perhaps no one is what they appear to be, and that Gabriel, Dara, Tomas and Julius would not have found themselves drawn to one another had not Edward Kelley, John Dee and both their wives vowed never to be separated, not even by time itself.

In short, Shadow of Night is a story of a man struggling with what appear to be a case of delusional schizophrenia and with the increasingly likely possibility that not only is there nothing wrong with him but that he doesn’t really exist at all.