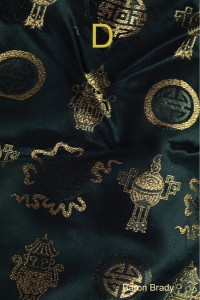 There are two things I know for sure. One. There’s such a thing as reality; and two, I know reality when I see it. How can I be so sure? Well, how can you be sure I can’t? I’d say thirty-seven years is plenty of time to get my head screwed on tight. And since I’ve got it screwed on tight, I don’t worry about losing it, not for anyone or anything. It’s mine and I intend to keep it that way.

Come to think of it, make that three things I know for sure. The third thing: I always know the time and that’s because I always keep my watch on me. I never take it off. It’s an Accurate; you know, the one that says ‘Remember you will die;’ Sobering words but uncompromisingly realistic ones. It’s probably the most expensive thing I own. But it was worth it. Sure, I have a cellphone and an alarm clock, but they’re not always precise. And reality is precise, down to a fraction of a second. Anything less is false.

When an enigmatic stranger asks private investigator and self-proclaimed realist Birk Dillinger for help protecting a woman’s life, the woman’s disappearance impels Dillinger on what at first seems like a straight-forward murder case of a prostitute called Maria but devolves into a search for a woman who might not have been a prostitute at all. Facts are scant and not only does the identity of the victim remain a mystery, so does what happened to her since there is neither a corpse nor anyone willing to confirm the victim’s whereabouts. Despite Birk’s efforts, a man who calls himself D faults Birk for doing nothing to save Maria, while also leaving him packages containing body parts. Suspecting that the man who hired him was also the murderer, Birk struggles in vain to prove it, but facts are fleeting; and the more Birk involves himself in the case the more the answers elude him; and not even the reluctant help of Maria’s former colleague Luna does anything to dispel the confusion which snowballs until it feels like no one is what they claim to be and everyone is lying; reality itself no longer resembling what he thought it was.It doesn’t help that Birk’s past – his divorce and as well as the resulting therapy – has thrown his own identity and possible complicity in issue, though maybe the answers to a case which has grown uncomfortably personal lie not with others but within himself.