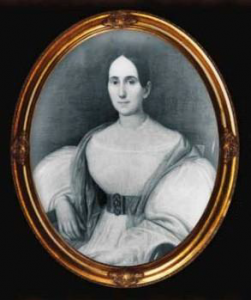 Set in 1965 New Orleans, EYES OF LUCIFER introduces us to MARCUS CLEMMONS, a soft-spoken mulatto looking for work as a doctor, and in need of a discrete place to hide himself away from the world.Taking no interest in the horrific past of the apartment building, particularly the legend of MADAME LALAURIE who tortured and murdered her slaves in the early 1830′s, Marcus endeavors to maintain his privacy while struggling with inexplicably violent urges towards women, including the landlord’s gregarious daughter FAY BURNHAM. Yet only by befriending Marcus, and unwittingly courting danger, can Fay begins to peel away the layers of mystery surrounding the new arrival.

As for Marcus, neither the strange noises and visions nor the perplexing dreams of someone else’s past awaken him from the nightmare of his own waking life. But with the mysterious visitation of a cleaning woman by the name of ROSARIO DE LA CRUZ, his dreams begin to take on some semblance of meaning; though her suggestion that Marcus may be inhabiting the bodies of the house’s early occupants (including that of the black slave girl Madame Lalaurie chased to her death from a second story window) and that it has fallen upon him to bring Madame Lalaurie to justice only troubles him further. He just wants to be left alone, but the world of his mind consumes him such that he no longer knows who he is or what he’s doing.

Once Marcus’ homicidal urges lead to murder, he is a man alone, with no recourse but the lives he inhabits in his sleep. Able to identify with the equally homicidal Madame Lalaurie, his dreams find him an inhabitant of her body and a participant in her paranoid ravings; but this dark connection does not prevent him from unintentionally starting the fire which exposed Madame Lalaurie’s dark secret (specifically her attic full of mutilated slaves) to the world in the early 1830s. As Fay’s curiosity unearths the truth about Marcus’ murderous past, events come to a boil as Marcus pleads for understanding, only to unintentionally run Fay off the roof just as Madame Lalaurie had chased the slave girl to her death years ago. Unable to stomach living in his own skin, Marcus, possibly with the assistance of a embittered Madame Lalaurie, takes his own life, only to find himself a permanent inhabitant of the body of Madame Lalaurie who successfully flees not only her burning house but the New Orleans mob.

At once a story of how a man fails to escape the consequences of his past, it is also a story about the consequences the present may have on the distant past and how a deranged mind renders all notions of identity amorphous.