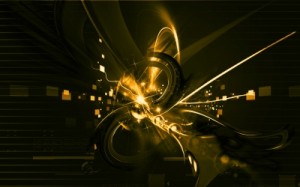 Take a man. Any man will do. They’re all the same. That is, most of them are. At least, they try to be. And then there are those who refuse to be like everyone else. They’re no better and no worse. They’re just different. Which wouldn’t be so bad if they were ashamed to be different; only they aren’t. They’re different and they’re fine with it, which is the worst crime of all. Traitors to the species, they are. Traitors to human nature, as if they were too good for the usual fear, sloth and complacency. Traitors because they wanted more.

Set in the near future, SIMULACRA reveals a world in which mega corporations and the government unify forces to better influence public opinion. But the Simulacra, a small group of anarchists attempting to disrupt the national election, tries to undermine the relationship between media and viewing public by utilizing integrated digital technology to doctor broadcast images. When the President’s corporate supporters hire an information retriever to ferret out the whereabouts of the group, the truth becomes a murky and easily manipulated commodity. The investigator becomes a pawn in a battle Simulacra was never meant to win, but this unlikely hero surprises himself by learning that nothing is what it seems, not even himself. 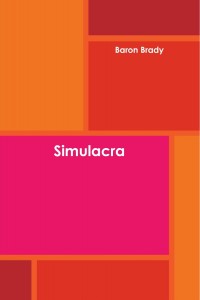