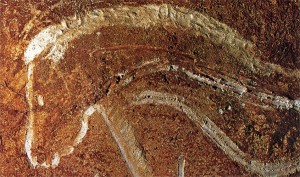 Horseflesh. I can still smell it; and, to my shame, I still salivate at the thought of it. It smelled no different than any roasted meat and I wouldn’t have thought twice about it if I hadn’t known.  And it was my father who told me what it was, reminding me there was a time when horses weren’t used for feeding but for riding, and that there was no good cause to eat such food even when there was none to be had. He had reservations but I never did, and I would have walked into the outlier’s camp begging for scraps; only they weren’t called outliers then. My father called them bandits but it was the bandits who gave me hope that one day I would no longer have to suffer. Yet suffer I did, and suffer I shall because it is the will of my Lord and Master whose voice I hear despite the unworthiness of ears which were never designed for the purest and most divine sound, the shimmering of crystalline spheres muddied by the darkest of clouds which shall forever keep me from seeing the world as my Master designed it but only as our unworthy progenitors despoiled it for no other reason but because they could. But that was then and this is now and there are no more horses to roast and eat because they’ve all been devoured and there’s nothing left but the word of my Lord and Master who guides me to my better self but who reminds me nonetheless of my past and the smell of horseflesh like a reminder of what the world would become if we forgot what we were becoming.

Entitled “The Last Horse,” the story takes place in a not-so-distant apocalyptic future in which only a handful of humans have survived and created a new world around the core beliefs of a religion commanding obedience and, for some, absolute silence. It’s about religion at its most oppressive and not only the effect it has on followers, troubled the bloodlust of a secretive order grounded in preserving purity and innocence, but the consequences it has for those who established it. The story is also about the nature of memory, and of a priest who suffers the shame of his own dark past only to discover it may not be his own past at all. At a time when all animals have become the stuff of memory, a surviving horse is a reminder that the pre-apocalyptic inheritance wasn’t entirely worthless and that there was hope even in memories of darker days. 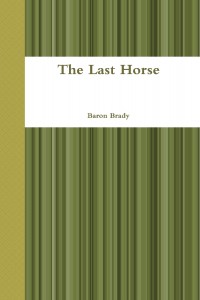