(38 chapters included in my blog) 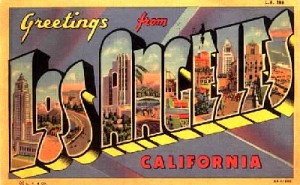 Ozymandias tells the story of an alternate Los Angeles called Two Cities, a world resembling Los Angeles’ past more than its present. When a struggling graphic novelist by the name of Tyler Hackett meets Laurel Harrington, his feelings for her overcome his habitual cynicism. Her sudden disappearance comes as a shock, although a homeless man by the name of Magus offers to help him find her, guiding him to Two Cities by way of a secret underground tunnel.

The world Tyler enters is not a familiar one, denizens of a bygone age occupying a city that rarely changes; although Tyler soon comes to realize the city is never what it seems, and is in fact two cities, one yet to be built. Learning that Laurel may in fact be a prisoner of a wealthy man who collects visitors from Los Angeles (called flatworlders), Tyler is more determined to find her. But when he loses Magus in a run-in with the local police, – known as the Blue Knights – he turns to strangers for guidance, some of whom may be leading him astray while others help him find the grandmother who lost thirty years previous.

People who lived in Los Angeles all have counterparts in Two Cities, including Tyler’s grandmother and even his missing father; although every answered question begs additional questions until Tyler realizes his power lies in what he remembers, peeling back the past until he can begin to make sense of a city that resembles a nightmare of shadows and hidden dangers more than a real city; though when Murdoch finds him, that nightmare soon imprisons him just as it imprisoned Laurel.

Only by manipulating time can Tyler and Laurel escape the dismal future Murdoch designed for them, and embrace a destiny promising remembrance and understanding. Murdoch’s claim that he’s the prophesied protector of a better future, Ozymandias, quickly proves hollow; although a mysterious connection between Tyler and his imprisoned guide Magus may be the secret to the mystery of Ozymandias which will protect Two Cities from Murdoch, who wants to sacrifice the old for a future that may only benefit himself.