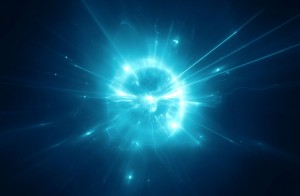 When the technology behind memory archiving gives power to those eager to exploit human thought, a theocracy called the Primum declared a new world offering eternity for all who prove loyalty with obedience. With memory as the reward, the extraction of memory is the punishment for disobedience. But when deleted memories resurface, the Primum seeks to understand the source of those permanent memories: the Ephemera.

Nur Anand serves the Primum as a memory archivist who can’t remember her past. She suspects it’s been taken from her as a punishment for a crime she can’t remember. She consoles herself with the memories of other people, but stumbles upon memories that weren’t supposed to exist anymore. While seeking her own lost memories, Nur meets a man called Jeriko who reveals she’s discovered a place called the Ephemera where memories deleted by Primum are preserved forever.

The clerics of the Primum had been using Nur to locate Jeriko, desperate to understand what he kept secret about the Ephemera. But the clerics are more interested in Noa, a fabled instance of artificial conscience created from discarded memories from people who’d disappeared years before. Noa, in turn, is interested in Nur who was one of two people, including Jeriko, able to find the Ephemera and understand its life-giving power.

As Nur searches for her own memories, she discovers that, like Noa, she has also been seeking memory of love. And it’s her vivid memory of star-crossed lovers who’d died forty years earlier that reminds her that the memories of pain and loss are just as critical in clarifying her own unique destiny.