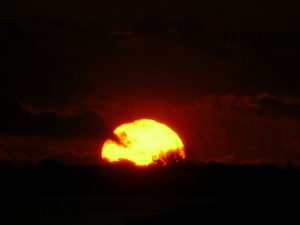 When the sun rose in the morning, the city was awash with green; abandoned skyscrapers transformed into farming towers; microalgae facades putting the lie to the privation that defined the lives of the fringe dwellers.

The buildings were tailored to provide energy and food in times of drought and resource depletion. The population of the world was increasing at an exponential rate, while the benefits of late twenty-first century progress were affordable only to the archons of the citadels.  Pundits celebrated an age of promise and plenty, yet there was little hope for the twenty-second century on the wrong side of the citadel walls.

After the great implosion, unpaid debts rendered most Americans destitute while those who’d reaped the benefits retreated into walled cities where every comfort could be relished without needless reminders that others weren’t so fortunate.

Although the greenscaped buildings were located in the freezone, they did not belong to the inhabitants; rather, the promises were farmed for the benefit of the citadel citizens who were eager to expand. Each location was heavily guarded, to keep out any fringe dwellers presumptuous enough to lay claim to any cultivated crops.

Inhabitants of the freezones were given opportunities to purchase the food product at inflated prices. The higher cost was necessary to account for processing expenses since food had to be chemically treated to comply with safety protocols.

Rumor had it that everything fed to fringers was laced with a variety of medications designed to ensure complacency and sloth.  There was no proof of it, but Meg knew that rumor often had a habit of proving to be true.

The novel is a glimpse at a not-too-distant future in which government and corporate anxiety over dissent and criticism have effectively silenced its citizenry. A children’s crusade to convert dissidents of the state unites Leander, an ambitious troublemaker raised with every advantage, and Meg, a devoted daughter who learned to expect little. The hope of peace and harmony becomes an empty promise as children become slaves of the corporate oligarchs waging war on anyone who crosses them. As armies turn and populations revolt, it’s Leander and Meg who help shape the destiny of millions.

Fifty years of war, drought, flooded cities, economic catastrophe and population displacement have turned North America into a hierarchical collection of cities, ruled by an elusive oligarchy known as the Unseen. Two teens from different backgrounds – Meg, a girl who’s come to know the deprivation of living on the fringe and Leander, a boy who’s known every advantage – suffer unexpected changes in circumstance. When local leaders invite the city’s youth to embark on a quest for better opportunities in former enemy territory, the two teens are eager for escape. But what begins with considerable hope and enthusiasm turns to tragedy as many of the transport ships crash while survivors are taken to elsewhere to be sold into slavery.

Pacifist Meg endures not only the loss of loved ones, but conscription into the Defense League which wages war on all who refuse the protection of the Republic’s leaders. Ambitious Leander completes his journey only to discover that the promise of a new life was a lie and that the purpose of the trip was enslavement of the unwanted. Meg survives the violence of the front while Leander navigates the challenges of obedience in the home of one of the city’s most influential leaders. The call for revolution becomes increasingly inviting, bringing Leander closer to the sexually-charged daughter of his owner and empowering Meg to defy an elusive leadership expecting the supreme sacrifice for so many.

When a mysterious leader by the name of Calliope emerges from obscurity, calling for the end to the secret ruling cabal, a military mutiny sends Meg’s company to the assistance of the revolutionaries. Although Leander and Meg knew one another before, they meet again, drastically different people, prepared to risk everything for a chance at a better life.

Sunfall is at once a brutal tale of stark realism as well as a romance about two teens seeking the realization of their ideals. It’s a dark look at disillusionment and the disappointment of youth, and yet defiantly hopeful. It’s a story shaped by the energy of the young characters who people it and who push for a better life in an embattled world.