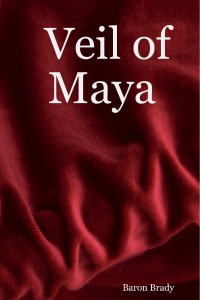 Before I begin, let me just warn you. You won’t like anything I have to say. Of course I don’t even know you, but I feel compelled to be honest, as viciously honest as necessary. You’ll despise what I’ve written and condemn me for having written it.

Why, you ask? How can I be so sure of your disapproval? Well, what else can I be sure of anymore?  You’ll hate me. Others do, and, chances are, you will too. Besides, how can you find any merit in the maledictions of a repulsive-looking old man? And how can you not grow nauseous from the foul stench of hatred?

You see, these pages are full of hatred, enough hatred, I’ll warrant, to turn pity into outrage, tenderness into loathing. My eyes smart and my fingers ache just contemplating what vile things I could share with you.

Now, I won’t lie to you, though perhaps you’ll wish I had. You see, I’ll never tell you what you want to hear, only what I think you should know. And I want you to know me. I want you to know me so well you can smell the fetid stench of my breath and the stale odor of my perspiration. I want you to know me by the unmistakably pungent smell of my unwashed clothes and the less-than-wholesome odor of anger and resentment. It’s the stink of humanity. Remember it well.

Oh, have I already begun to turn your stomach? Have your delicate sensibilities been offended already? Now I did warn you, didn’t I? Perhaps you didn’t believe me. No one does until I turn myself inside out to reveal the rot within. Like everyone, you need to see it to believe it.

VEIL OF MAYA examines a week in the lives of five characters living in a nondescript urban metropolis. But while all cities may be fundamentally alike, the same can’t be said of the people. And the characters in Veil of Maya couldn’t be more different from one another. And they tell the story the only way they know how: from their own perspective.

Two of the characters are homeless men: one, our crippled narrator, embittered beyond words and anxious to draw blood; and the other, surprisingly well-fed and the very picture of Buddha-like equanimity. When the narrator takes an unsavory interest in an idealistic young man with literary aspirations, the other one vows to oppose him. What follows would have become a battle over one young man’s soul, if only that aspiring writer believed he had one.

Our aspiring writer, the self-appointed anti-hero of the piece, struggles with his frustrating inability to relish what it is to be alive. He fears his own indifference to his girlfriend, a young woman who struggles with her own inability to reach him, or to connect with anyone completely. Our fifth character, a remarkably assured attorney who happens to live with our anti-hero, prides himself on how little he as in common with the foolish idealist he believes has devoted his life to the pursuit of failure. But contrary views of what makes a man successful have driven these friends apart long ago, and their continued attempt at friendship no longer bears any resemblance to it.

While our homeless narrator attempts to convince the young idealist to abandon all hope and share in his misery, the young man’s girlfriend attempts to give him hope while attempting to convince herself that she feels not desire but only hatred for his roommate. But when our anti-hero loses his temp job, only the unexpected honesty of a modern day Buddha in the guise of a tramp helps him to glimpse his life beyond the veil of Maya and see it for what it is.

As our anti-hero embarks on his quest for self-illumination, the other characters scramble to make sense of their own lives, crossing paths, both intentionally and haphazardly. And it’s the effect these characters have on one another that not only confirms deep-seated prejudices but, for brief moments, opens their eyes to truths they’d prefer not to see. But the relentless pull of the inevitable does nothing to diminish the baffling role of chance, as a series of misunderstandings, errors of judgment and petty resentments bring events to an irreversible state of affairs, regrettably climactic for some and disappointingly anti-climactic for others.

2 Responses to Veil of Maya