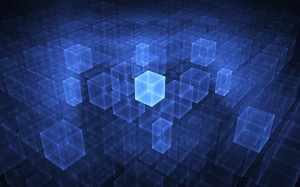 It began with a question. “Who are you?” asked the woman. No answer came to mind.

By rights, the dreamer can fashion an answer for everything. However, this was no ordinary dream.

“My name is Lily,” explained the woman.

He didn’t recognize her, surprising because it was his prerogative to construct a woman of his choosing. At least Lily was beautiful, which was to be expected; but no more so than the customary dreamscape guide who was all curves where it was desired, wild ambition coupled with judicious moderation. Engineers could at least posit a perfect existence even if they couldn’t emulate it.

In a tightly-controlled future prohibiting the criticism of all corporate and government leaders, terrorists, many of whom have been herded into anarchist enclaves called Freezones, are the people who refuse to agree to the restrictions; although the popularity of cortical implants has presented new opportunities to influence the minds of billions, in the interest of eliminating dissent altogether. Jaro Huss polices the border with Freezone, interrogating everyone accused of freely criticizing the government and its affiliated corporations. When he’s contacted by the most infamous terrorist of all, a rabble rouser who calls himself Z, its no longer potential insurgency he’s investigating but, rather, his own forgotten past.

In an attempt to understand why Z has taken an interest in him, Jaro learns that over ten years earlier he’d been brainwashed into thinking himself someone else. His real name is Aaron and his murdered father designed a microcontroller ” the cube” allegedly capable of self-awareness: the most powerful artificial brain in the world. Intellicorp, the company charged with censoring network traffic, stole the computer from Aaron’s father, and Z took it back. What intrigued Z were reports of Aaron’s psychokinetic life-giving abilities, which may have jumpstarted the super computer with the capacity for consciousness. Intellicorp’s attempt to understand those abilities resulted in Aaron’s amnesia; though with the return of memory, so do his abilities.

What triggers Jaro’s memory is his relationship with a computer simulation by the name of Lily. Assuming her own identity, Lily invites Jaro into the cube, where dreams assume a reality of their own, consciousness a virtual divinity called Deus. His memory intact, Jaro is Aaron once again: a man determined to prevent Intellicorp using the cube’s dream access to hard-wire people for submission. It’s with the assistance of Z, Lily and Anouk, the revolutionary dreamscape guide who created Lily, that the true creative potential of Deus can be used to liberate humanity rather than enslave it. 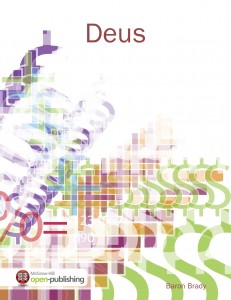 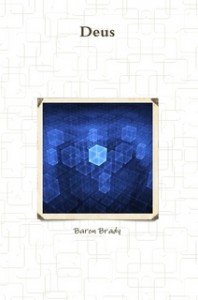